Did you know that men aged over 55 are at highest risk of skin cancer? In Australia, men are twice more likely than women to develop skin cancer. Unfortunately, men are also less likely to see a doctor about new or changing moles, and they experience a higher mortality rate.

This Men’s Health Week, let’s look at the epidemic of skin cancer in men.

At least two in three Australians will be diagnosed with skin cancer before the age of 70. The risk is higher in men (78%) than in women (58%).

More than 67% of Australians who die from skin cancer are men.

Between 2011 and 2014, one in 14 Aussie men aged over 20 had at least one non-melanoma skin cancer removed, and almost half of those were treated for two or more skin cancers.

Who is at the greatest risk of skin cancer?

Men living in Queensland are diagnosed with skin cancer at a rate nearly twice the national average and almost three times higher than Victoria and Tasmania.

No matter their gender, a person is at higher risk of skin cancer if they are over 40, have fair skin or light-coloured hair, have many moles, have a family or personal history of skin cancer, or have experienced any sun damage, especially in their youth.

Skin cancers diagnosed today in men aged 50-70 are often caused by sun exposure from three to five decades ago.

Where does skin cancer appear in men?

Most skin cancers develop on the torso, but skin cancers in men are also very common the face and neck, including the ears, nose and cheeks. 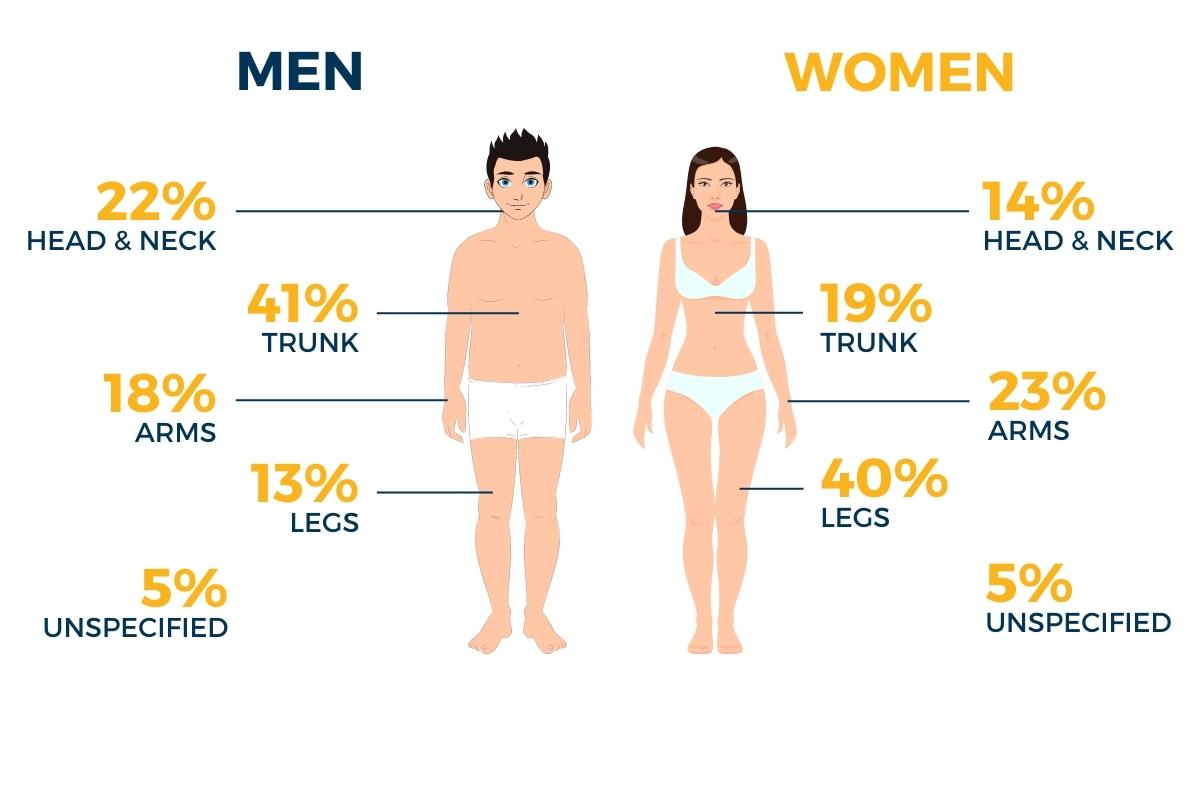 How much sun gives you skin cancer?
Sun safety made easier with Bakslap
Skin cancer in Australian men