Do you use enough sunscreen? Australians apply about half as much sunscreen as they should, according to a study which found that most people fail to put on enough cream to protect their skin against sun damage and skin cancer. 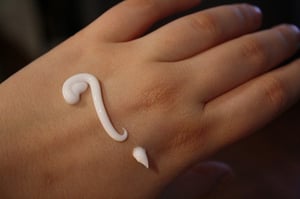 A study by King's College London found that people are getting less than half the sun protection they think from their sunscreen because they spread it too thinly.

It is recommended that we apply sunscreen every day as part of a regular skincare regime, and reapply every two hours if we are outside in the sun (or more often when swimming or sweating).

The research, which was published in the journal Acta Dermato-Venereology, reported that even when we apply sunscreen every day, many of us aren't applying enough. It advocated that we use one teaspoon for each arm and leg, front and back of the torso, and the face. This amounts to a full body application of at least 35ml or seven teaspoons for proper protection.

Sunscreen manufacturers calculate a product's SPF (Sun Protection Factor) based on 2mg of cream per square centimetre of skin. But researchers found that most people use just 0.8mg for the same area - 40 per cent of what we should be using. 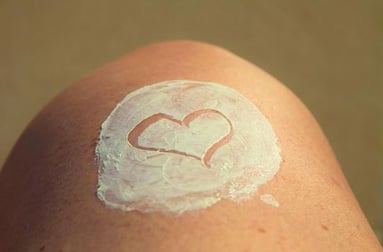 Many of us overestimate the protection we are getting from our sunscreen and stay out in the sun too long, causing sunburn and irreversible skin cell damage, which can lead to skin cancer and early signs of ageing.

In the study, skin biopsies showed that proper sunscreen use reduced skin damage 7.5 times more than using no protection, even when ultraviolet radiation (UV) levels were weak. Researchers also found sunburn was reduced by 40 per cent when cream was applied correctly.

It was also found that people exposed to five days of high UV levels who wore the correct amount of sunscreen showed significantly less skin damage than people who had just one day of low UV exposure without sunscreen.

An even coverage of sunscreen at a greater thickness, applied 20 minutes before we go outside will offer the best protection.