Can your pets get skin cancer?

You may not have thought about your pets developing skin cancer, since animals are usually covered with hair, scales or feathers and protected from the sun. But skin tumours are not unique to humans; animals can get skin cancer too. In fact, skin tumours are the most common tumours in dogs. So what animals are most at risk, how can you spot the symptoms, and what can you do to protect your pet?

Types of skin cancer in animals

The three most common malignant (cancerous) types of skin cancer in animals are:

Malignant melanoma which typically occur on the mouth or mucous membranes, although they are found on hairy areas around 10 per cent of the time. They tend to grow very fast and are likely to spread to other organs such as the lungs and liver.

Mast cell tumours are the most common skin tumours found in dogs and occur in the mast cells of the immune system.

What causes skin cancer in animals?

Like in humans, skin cancer in animals is predominantly caused by exposure to the sun. UV rays cause sunburn, in which the exposed skin cells are damaged and become blistered, sometimes later developing into cancerous tumours. This is especially true for squamous cell carcinoma; however, in dogs, this type of skin cancer has also been linked to the papilloma virus.

Melanoma may be genetic in animals. Trauma or compulsive licking of a spot on the skin may also increase the likelihood that damaged cells will multiply and become cancerous.

Evidence suggests that mast cell tumours are connected to inflammation or irritants on the skin, as well as genetic factors. Hormones such as estrogen and progesterone may affect cancer growth. 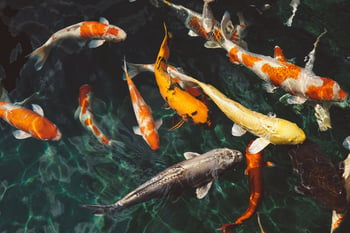 What animals are at risk?

Animals with little hair covering their skin (especially skin that is exposed or light-coloured), such as pigs, elephants, hippos and warthogs, are most susceptible to skin cancer. Whales, dolphins and some types of fish are also at risk, as well as household pets such as cats, birds and dogs – particularly certain breeds. Cats and dogs with short or no hair, light-coloured coats or skin, or sparse tummy fur are most at risk.

Dog breeds most at risk

All dogs can get skin cancer, but certain types of cancer more commonly occur in particular breeds. Benign melanocytomas are often seen in Vizslas, Miniature Schnauzers, Doberman Pinschers, Airedale Terriers, and Bay Retrievers, typically in animals between five and 11 years old. Malignant melanomas on the toe or in the toenail bed appear more frequently in black dogs. Schnauzers and Scottish Terriers are at greatest risk.

Squamous cell carcinomas tend to appear in dogs that are between six and 10 years old. Breeds that are more likely to get this type of skin cancer include Keeshonds, Standard Schnauzers, Basset Hounds, Collies, Dalmatians, Bull Terriers, and Beagles. In general, dogs with short coats (especially those with light skin) are more prone to squamous cell carcinomas.

Mast cell tumours are most commonly seen in Boxers and pugs, and also in Boston Terriers, Labrador Retrievers, Beagles, and Schnauzers.

What are the signs of skin cancer?

Benign melanocytomas can range in size from very small to more than 6cm in diameter, and may be black, brown, grey or red in colour. Malignant melanomas tend to occur on the mouth, lips, toenail beds and feet. Squamous cell carcinomas are firm and raised with a wart-like appearance. Mast cell tumours are typically slow-growing and rubber-like. More aggressive mast cell tumours grow faster and may ulcerate, leading to the development of sore, inflamed areas on the body. They most commonly occur on the trunk and legs.

Skin cancer can be fatal if left untreated, so it is important to ask your vet to check for any suspicious growths. At home, you should also look out for any lesions, bumps or growths on your pet’s skin, especially around their nose, eyes and ears. If you notice any changes or have concerns, discuss these with your vet straight away.

A vet can diagnose a tumour with a biopsy – which involves removing a small amount of tissue from the tumour and examining it closely – or with needle aspirate cytology, in which a needle is used to remove microscopic amounts of cells in order to examine their structure. These samples may need to be examined by a veterinary pathologist.

Fortunately, when caught early, many cases of skin cancer in animals can be treated successfully. Treatment options depend on the type of tumour and its location. Surgery is often the first step, but if the tumour can’t be removed or has spread, radiation and/or chemotherapy can be used. In these situations, the cancer may go into remission nearly 70 per cent of the time, though recurrence is common. Steroids and medications are also available. For dogs, there is also a vaccine that causes the animal’s own immune system to attack tumour cells, which often successfully extends the survival time of dogs with oral melanoma.

How can animals be protected?

Most animals are well adapted to sun exposure, thanks to their fur, scales or feathers. They also tend to seek cover by taking a mud bath or burrowing in shady areas when temperatures rise. Some sharks have even developed the ability to change colour to protect themselves from UV rays.

If your pet enjoys basking in the sun, there is a simple way to help protect them: apply pet-friendly sunscreen. (Just ensure you use a product that is specifically formulated for their skin!) Make sure your pet always has shelter and shade, particularly during the day, and avoid taking them outdoors in the heat.