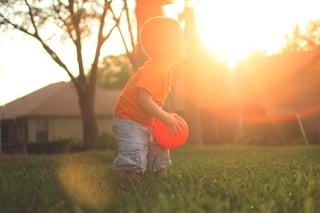 The majority of non-melanoma skin cancers are caused by childhood sun exposure, according to a new report led by the University of Sydney and Cancer Council NSW.

The report found that basal cell carcinomas diagnosed in adulthood most frequently resulted from sun exposure during childhood years.

Men are more likely than women to be diagnosed with basal cell carcinomas, which make up about 70 percent of all skin cancers. In fact, around 350,000 non-melanoma skin cancers are treated in Queensland alone every year.

The study highlights the need for better sun safety across Australia, where two out of three people will get skin cancer in their lifetime. Around 64 percent of children report being sunburnt every year, putting them at greater risk of developing tumours later in life.

Reducing the risk of skin cancer later in life hinges on minimising the amount of sun exposure children receive in their early years, and reinforcing sun-safe habits such as applying sunscreen, seeking shade, wearing a hat, and avoiding the sun.

Early detection remains the best way to ensure successful treatment for skin cancer, so it is very important to get regular skin checks from a qualified doctor.