Men Over 55 At High Risk Of Skin Cancer

Queensland men aged over 55 are at the highest risk of skin cancer, new research shows.

For the first time, researchers at QIMR Berghofer Medical Research Institute have measured the rates of non-melanoma skin cancers among the adult population, and found that the vast majority of such cancers are diagnosed on older men, particularly from Queensland.

Researchers analysed Medicare data from the Medical Journal of Australia and found that around one in 14 adults over the age of 20 had at least one non-melanoma skin cancer removed between 2011 and 2014. Almost half of those were treated for two or more. In total, more than 183,000 skin cancers were removed over the four-year period.

Rates of skin cancer in Queensland were nearly twice the national average and almost three times higher than Victoria and Tasmania, the research showed. 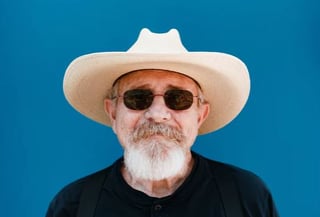 Basal cell carcinoma and squamous cell carcinoma cause more than 95,000 hospital admissions each year in Australia and account for more than 500 deaths. While these cancers are often not fatal, they can be hugely costly and leave patients disfigured.

The research found that three quarters of all skin cancers were found on just half of Australians who had skin cancer treatment – showing that the majority of skin cancers arose in a small pool of people.

He said the Institute’s research showed that around half of all Australian men treated for skin cancer will have another excision within four years.

"These kinds of skin cancers are caused by chronic long-term sun damage and so the people who are getting them are usually in the 50s, 60s and 70s and the rates go up almost tenfold with age," Professor Whiteman said, adding that the skin cancers seen in this population are a result of sun exposure from 30, 40 or 50 years ago.

The research highlights the need for greater vigilance within this high-risk group of people, as tumours are less likely to incur significant damage to the patient if detected early. People at high risk of skin cancer are encouraged to adopt consistent sun protection habits and get regular skin checks from their doctor.

To find out your skin cancer risk, take a quick self-assessment quiz now.