Skin cancer can affect anyone at any time

Do you believe the common misconception that skin cancer only affects older people? You may be surprised to learn that melanoma is the most common cancer in young Australians aged 15 to 39 years. The disease can affect anyone at any time, regardless of age, gender or skin type. So are young people doing enough to protect themselves? 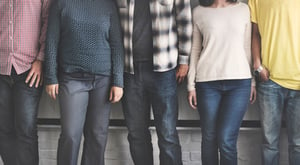 Skin cancer is mostly caused by over-exposure to the sun's UV radiation. In the short term, unprotected sun exposure damages our skin cells and results in a tan or sunburn. In the long term, these damaged cells appear as wrinkles or sun spots, or become cancerous. This is why so many skin cancers are diagnosed in older people: the cell damage already occurred in early life and the skin cancers develop later on.

This "hibernation" effect is probably behind the myth that young people don't get skin cancer. But the potentially deadly disease can affect anyone at any age, often developing quite rapidly and going unnoticed until an advanced stage, especially if people are neglecting to monitor changes in their own skin under the mentality that it won't happen to them.

Melanoma - a very serious form of skin cancer that claims over 1,500 Australian lives each year - is mostly caused by UV exposure but can also be hereditary. This means that if your parent, sibling or child has had melanoma, you have double the chance of developing it yourself. A personal history of any form of skin cancer also increases your risk of being diagnosed with the disease again.

The common misconception that skin cancer only affects older people or that "it won't happen to me" is very dangerous to Australia's younger population, who may be unaware of the dangers unprotected sun exposure pose to the skin.

Cancer Council Australia says that over-exposure in our younger years can result in serious consequences in later life. Some young people actively seek a tan without realising that the brown pigmentation is a symptom of skin cell trauma, and many put themselves at risk of melanoma by not applying sunscreen and exposing themselves to dangerous UV radiation at peak danger times.

The sun can be harmful even when temperatures aren't high, as it is not the temperature but the UV levels that determine your level of exposure. Whenever we go outside - even for a brief period of time - it's important to cover exposed skin, wear a hat and sunglasses, and put on SPF30+ sunscreen every few hours.